The Buddhist Society of South Australia will be holding the first Katina at Dakkhina Dhammatthala on November 12th at 9.30 am. Officially, a Katina requires at least 5 bhikkunis, we are fortunate to have even one! However, to show our support we are holding an ‘Alms Giving Festival’. 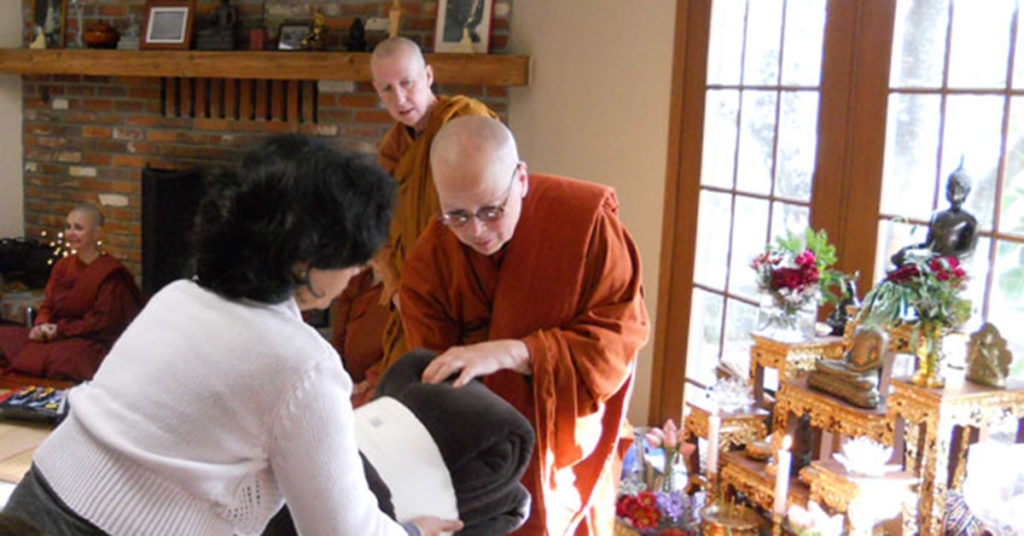 What is Katina?
The traditional three-month rains-retreat seclusion of Buddhist Saṅgha is followed by Kaṭhina robe and alms offering festival. The katina tradition began when Visakha Migaramātā saw the monks in tattered and worn robes. She asked permission of the Buddha to offer new robes to the monks, and the Buddha granted her request.

Traditionally, cloth is offered. However, it was suggested that the community provide items that will truly support the monastic community as it begins to grow. We are therefor suggesting gifts to help with the construction of two huts (kuti). A list of suggested Katina gifts can be found here.

All are welcome to attend, regardless of tradition.

Shanika, from the Buddhist Society of SA committee will be this year’s sponsor. With great thanks to Udayanga, Chanika, Piyal & Pathum for organising the parade.

Dana will be shared, with everyone to bring a dish. See Peta and Shanika on the day, who will to help co-ordinate food preparation and serving.